Be our protection against the wickedness and snares...... 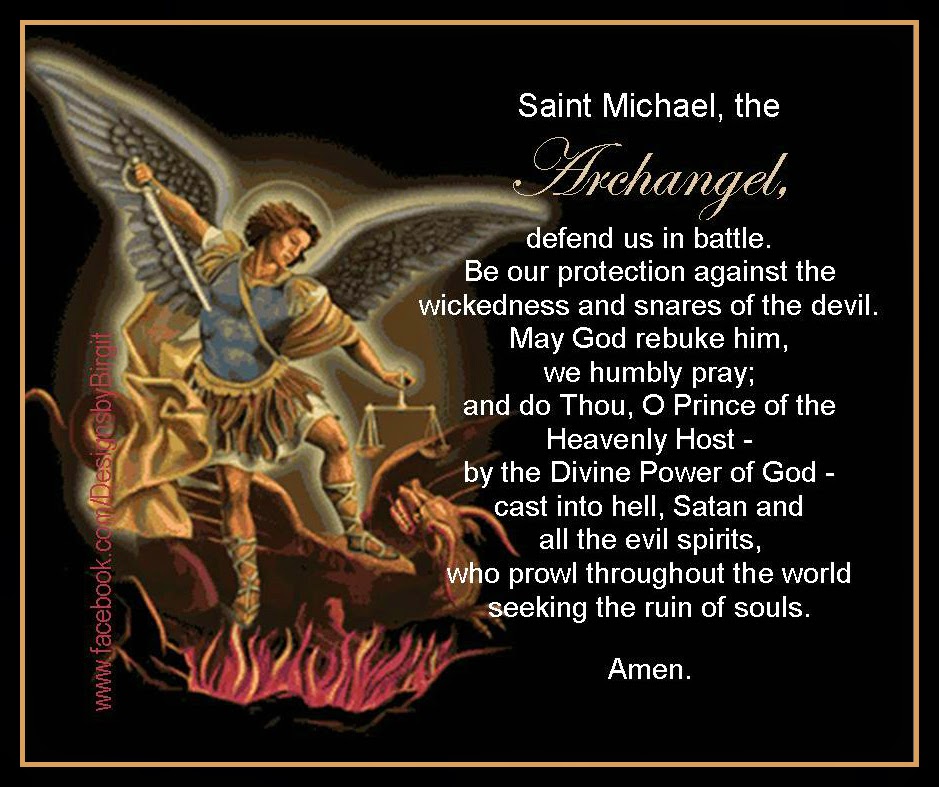 UPDATE!! The event was CANCELED! It was not only removed from campus, it was not held at all.  Claims are that they held it at a restaurant, but a report from a restaurant employee said that they were only sitting at the bar drinking. AMEN!!!! Original post: Tonight, a student group will be hosting a 'black mass' by a satanic group. They are claiming it is an informational event, but it is truly a persecution not only of Catholics, but of all Christians everywhere.  They are being allowed not only to mock, but desecrate all that we believe and hold in our hearts.  This would not be allowed if the religion was Islam, Buddhist or others.  The Church is specifically being persecuted. I have many other thoughts on this, but for now, I ask for you to pray, especially with the greatest Angel above, St. Michael.  Cast into hell Satan and all the evil spirits who prowl throughout the world seeking the ruin of souls.
at 2:55 PM